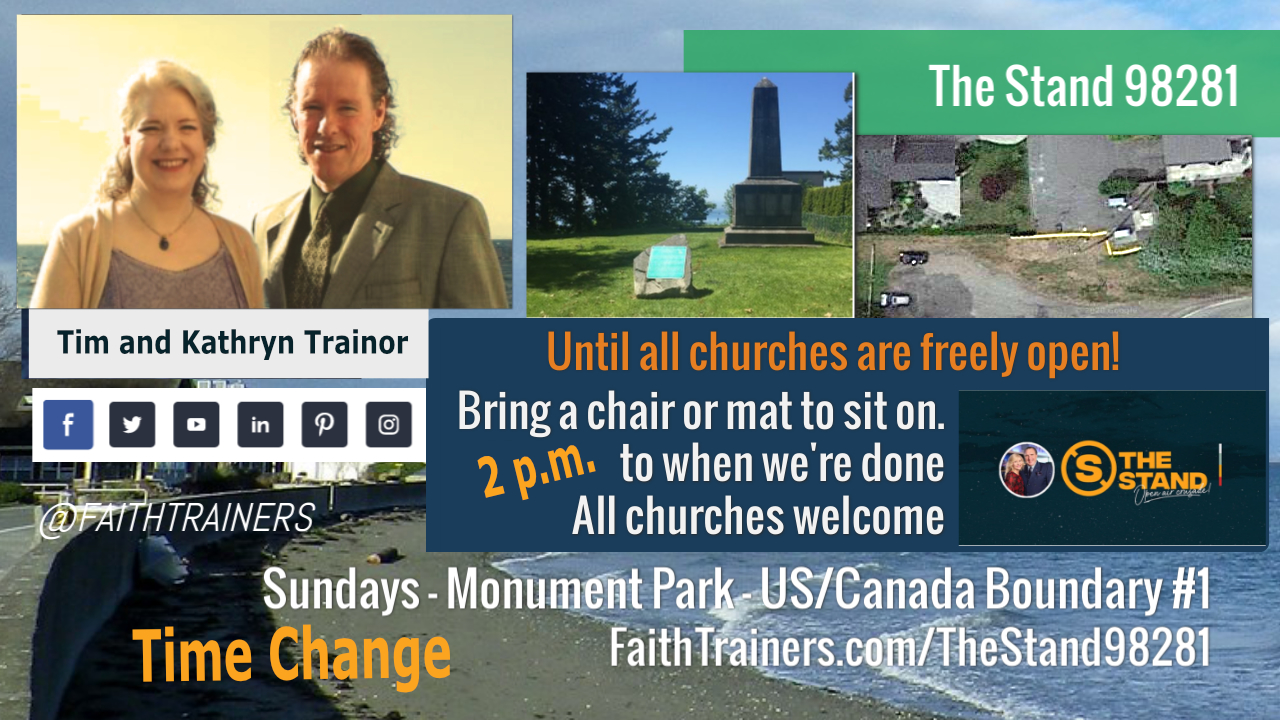 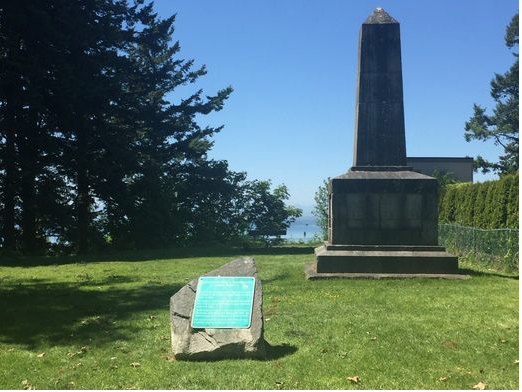 On the Canada side of the border, there is an adjoining street that comes up to the yellow line .

You can cross as long as you stay in the grass North of the obelisk. We set up just behind the marker towards the water.

Boundary Market #1 is located in the farthest NW corner of the USA in Point Roberts, Washington.
It has a small parking lot and open area and is located on Roosevelt . 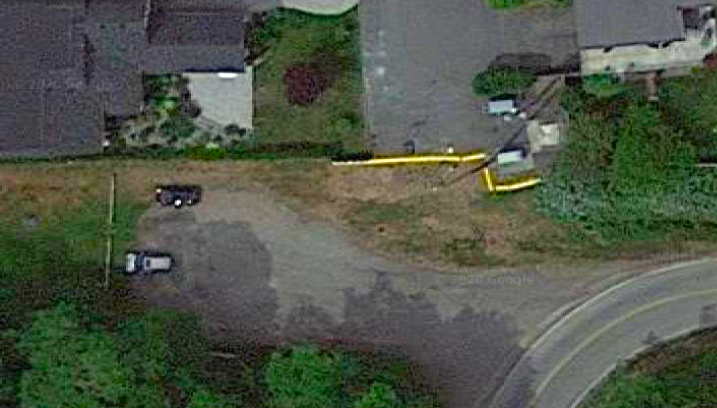 Street Map of both sides

Every Sunday at 2 pm until all churches are open.  We go from Two until we're through...

You can park on the end of English Bluff and walk down to the yellow barrier.  Don't cross the street on the USA side.

This is not a publicly advertised event.

Bring your own chair or mat.  We do not have a schedule and the meeting goes for several hours.

Bring your own Bible, beverage and love of Jesus or get to know Him with us!

We will pray as a group and also individually with anyone who wants. We believe in Jesus the healer and comforter doing things just like He did in the 4 gospels and book of Acts.

We'll have small meetings at the Boundary marker and any additional meetings can be held at low tide here on the 'beach border'. Room for a multitude! 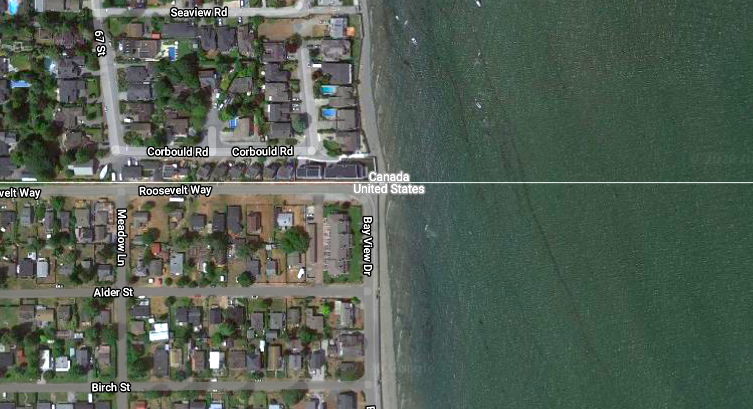 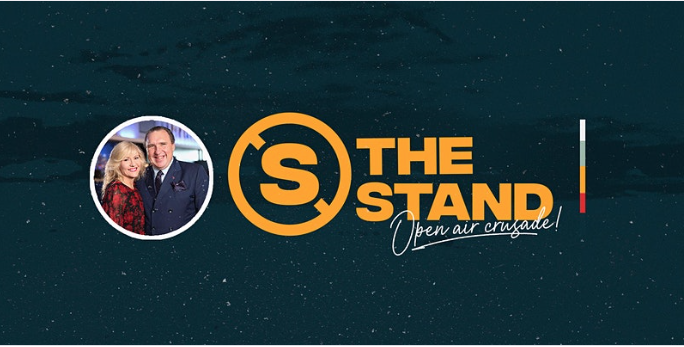 This event is in agreement with the ministry of River Church in Tampa, Florida. Pastors Rodney and Adonica Howard-Browne are also doing open air crusades to mark the reopening and Great Awakening of the US, Canada and the World.
We are not representing them in any official capacity and this is solely a Faith Trainers event.

The Manifesto
The “antichrist” system, operating through the WHO, the UN, and governments worldwide, have mocked the Church and the Gospel of Jesus Christ.
They have done this by arbitrarily shutting down the Church, by not acknowledging or recognizing the Church as an essential service, by openly discriminating against, and even persecuting, the Church. In their arrogance and godlessness, they have attempted to neutralize the Word and power of God and to mute the voice of the Church—the voice of Righteousness and Truth.
They ignore or belittle the teachings of Jesus Christ.
They mock the Word of Almighty God; the Blood of Jesus; the power of the Holy Spirit; the power of our worship; Psalm 91, the saving, keeping, and preserving power of God; the power of Communion, the table of the Lord, the body and blood of Jesus; the doctrine of laying on of hands; the commandment to gather together; the power of unity and prayer of agreement.
So, with the Stand ‘20, like Elijah, we mock the prophets of Baal; we mock the mainstream media; we mock those who oppose and resist Almighty God.
They will fall and fail—every one of them.
We stand for the Word of God and for billions around the world whose rights to worship freely were removed and have not been, or perhaps will never be, restored.
We stand for the hundreds of millions who are dying of starvation, because of this ill-advised, unwarranted lockdown.
There is a virus, as there have been in the past; however, there is no justification for the draconian steps taken by governments to “keep us safe.”
Which, as it turns out, were contrary to the advice of scientists and epidemiologists—experts in pandemics and immunology.
The percentage of deaths has been low, compared to the recovery rate; and even lower compared to the number of people who are, and will be, adversely affected for years to come, as a direct result of the loss of jobs, businesses, the destruction of their economies, and the loss of personal freedoms.
Many more people are at risk of dying, or have already died, because they have been denied medical care for other ailments.
Our stand, on this field, represents the dreams of billions of people, world-wide.
We stand to see the all the nations of the earth opened back up—with no blackmail of the citizenry—through forced participation in tracking apps, mandatory vaccines, or the threat of permanent loss of their freedoms and rights.
Governments serve people—people are not obligated to serve governments.
Our rights are given to us by Almighty God.
We are not slaves—we are free people.
We stand to see the restoration of the people’s liberties—to live and die at their own risk.
We will stand and worship, according to Psalm 150—with voices and singing and musical instruments: wind instruments, string instruments, and percussion instruments.
We will stand and obey the Great Commission.
We will stand and preach the Gospel and the Truth of the Word of God.
We will stand and lay hands on the sick and cast out demons.
We will stand and baptize converts and dedicate babies.
Stand with us!
And may this field—this stand—be duplicated, through God’s people, in all fifty states and every US territory, and in every country of the world.
The Stand ‘20