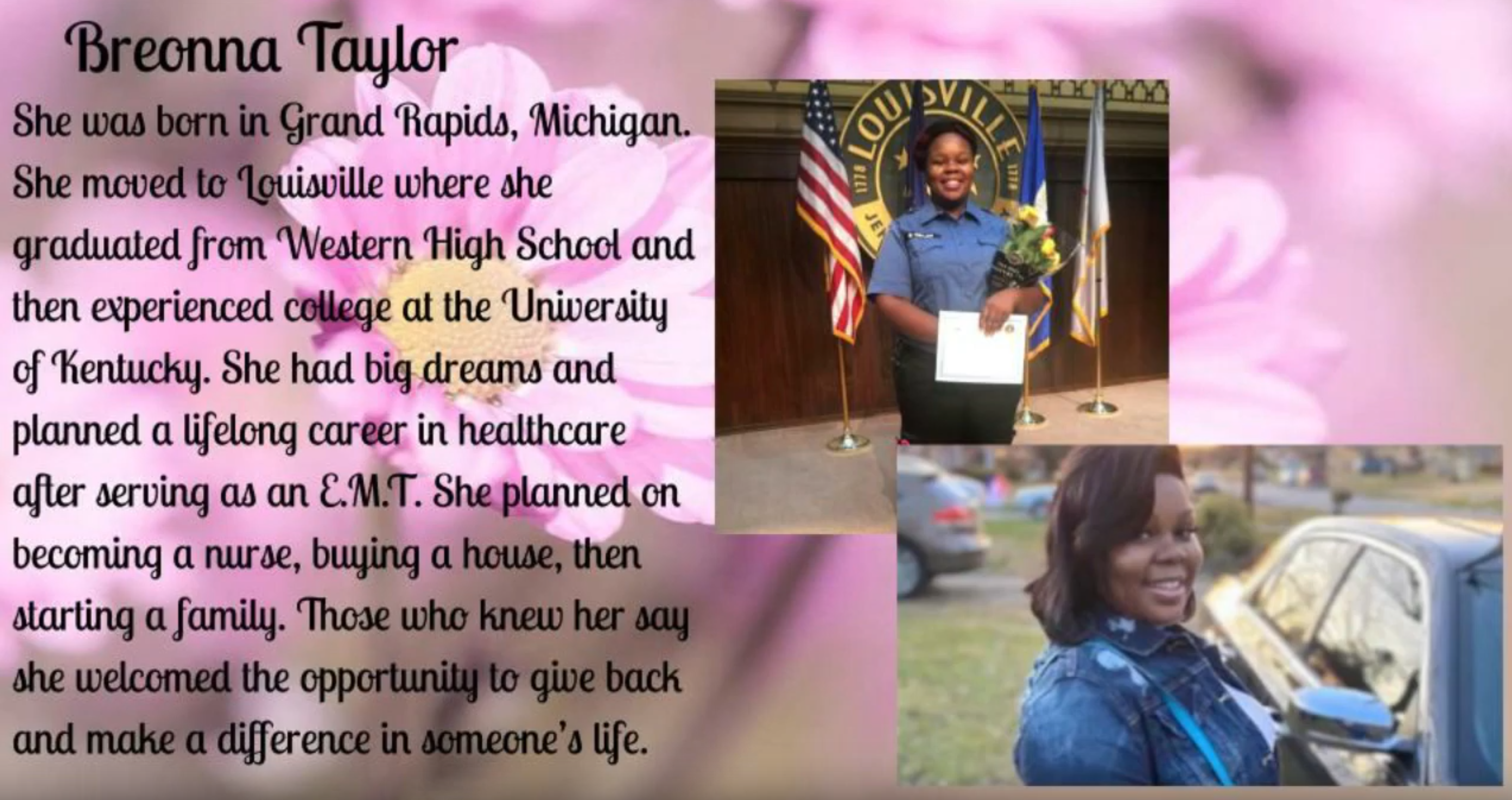 Breonna Taylor was an EMT in Louisville, Kentucky. She was killed in her own home after officers entered her apartment unannounced for a suspect that was already arrested on March 13, 2020.

Breonna was known enough to be active selling drugs with her boyfriend to have a warrant issued. There is more evidence linked below that cancels the current (under pressure) story that it was the wrong house and no criminal activity.

Claims from Benjamin Crump, lawyer of choice for these type of cases, that the post office employee didn’t know anything is talking about a local person, criminal actions go through the national post office channels.

Breonna's name was on the warrant.

The officers did knock and announce they were police, then either the boyfriend or Breonna fired throught the door and the officers burst in and opened fire.

Here is  a link to a leaked 39 page document drop on the case. Since people are being killed and injured due to riots claiming Breonna being unjustly murdered as a full or partial justification AND attorneys are lying in public statements, the informaton needs to be public NOW.

39 page report with interviews and photographs

It is unfortunate that she was killed. She was not unjustly targeted or the victim of a mistake. Breonna Taylor was a drug dealer and involved with criminals for several years. 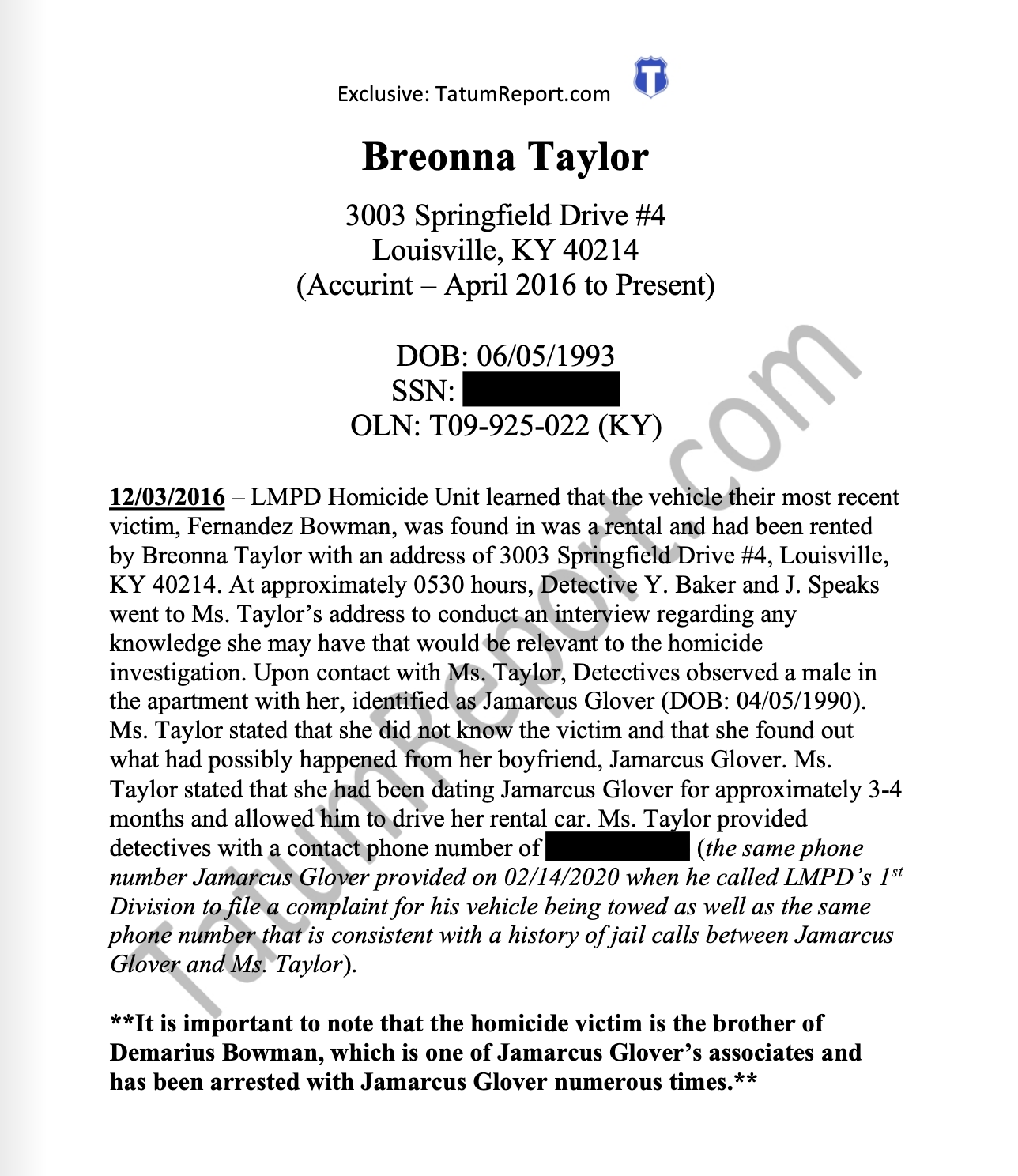